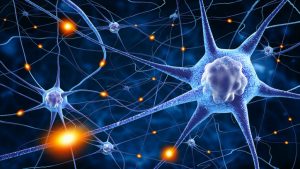 The human brain is an unimaginably complex energy network operating through the body’s 100 billion neurons.

Electrochemical signals, passing from neuron to neuron, are believed to control the entire spectrum of human activities, including breathing, walking, speaking, thinking, wound healing, fighting invading microbes, or reacting to other threats.

However, studies of the stimulation of acupuncture points reveal another way that electrical signals may be transmitted through the body that is different from neuron to neuron.

A 10-year research program at Harvard Medical School using fMRI and other imaging devices found that acupuncture sends signals directly to the brain because the images showed activity in the limbic system associated with threat was reduced almost instantly when needles were inserted into certain acupoints.

Other imaging studies have shown increases in activity in areas of the brain associated with reasoning and stress management in response to tapping on acupoints.

In other words, acupoint tapping protocols are able to activate or deactivate brain regions to facilitate desired clinical outcomes.

By guiding where the client’s attention is focused while doing the tapping, the therapist can regulate signals produced by the tapping to targeted brain regions with unusual precision.

In this way, energy psychology protocols can rapidly down-regulate the fight-or-flight response associated with hyper-arousal by sending deactivating signals to the limbic system.