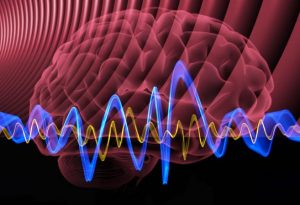 Brain waves are oscillating electrical voltages produced by masses of interacting neurons that correspond with the brain’s activity.

Each of the 5 categories of brain waves, as listed below, are associated with a different frequency and a different type of human activity:

– The first large-scale investigation of energy psychology treatments was an informal pilot study that was conducted at 11 allied clinics involving more than 5,000 patients in Argentina and Uruguay.

As part of this study, several patients with generalised anxiety disorder were given digitised EEG scans that tracked the mathematical ratios of 3 brain wave frequencies (alpha, beta, and theta). These scans were conducted prior to treatment, at various points during treatment, and again following treatment.

They showed a normalisation of the 3 brain wave frequencies that corresponded with improvements in the anxiety condition.

– Other EEG studies have shown that repetitive sensory stimulation on the upper parts of the body, such as with acupoint tapping, caused significant increases in delta wave activity in regions of the brain involved in fear memories.

After continued stimulation, the delta waves reorganised the memory network, allowing the patient to recall a fearful memory without reliving it, a condition required for the successful treatment of a variety of disorders ranging from phobias to PTSD.