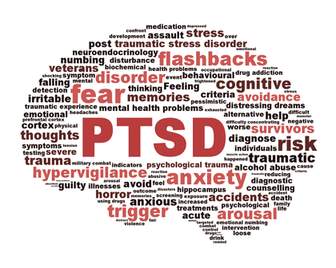 When Helena Fone was Chair of AAMET and set up the Research Team, this was what she had been hoping for (from the International EFT Directory – admin, 6/12/18)

For the first time in world history a government agency has officially recommended EFT as worthy of government research funds for trauma/PTSD.

Everyone in the field of EFT research and friends were notified earlier this year about the mammoth, first time collaboration between AAMET, ACEP, EFT-Universe and also EFT- researcher Dr David Feinstein that brought about the robust and comprehensive stakeholder response that AAMET (now renamed International EFT) submitted to NICE (the UK government body responsible for determining medical and psychological treatments recommended for use in the UK NHS) via the consultation process in July 2018 for their Post Traumatic Stress Disorder (PTSD) treatment guidance review.

Bottom line: EFT was not mentioned in the draft revised PTSD guidance issued in June 2018.  AAMET International coordinated a worldwide collaborative effort based around presentation of research evidence and examination of the evidence and arguments NICE had used in their draft materials in order to make the case for EFT to NICE.  The result:  EFT is now mentioned in the final NICE PTSD Guideline (NG116) issued on 5 December 2018, on page 25 under “Other recommendations for research”.  You can download the Guideline here: https://www.nice.org.uk/guidance/ng116 and NICE’s response to the comments contained within our stakeholder response here: https://www.nice.org.uk/guidance/ng116/documents/consultation-comments-and-responses-2 and the reasoning behind NICE’s recommendation for EFT Research on pages 285 and 1286 of Evidence Review D, here: https://www.nice.org.uk/guidance/ng116/evidence (select and download Evidence Review D from the list of evidence reviews).

EFT is also mentioned on this page https://www.nice.org.uk/guidance/ng116/chapter/Recommendations-for-research

This is the first time that EFT has been acknowledged in any UK government guideline, signifying that there is an initial and promising evidence base, worthy of government-funded further research.

What this doesn’t mean

At this point it would be damaging to EFT to say that the government has “approved EFT”. We do however now qualify for official government research funding. With the rate of EFT research published year on year and our continued persistence we expect moments like this to keep happening.

This is a real vindication of all the hard work by EFT researchers worldwide; well designed studies with rigorous methodologies are more important than ever before.

Why is this important?

There is some promising evidence for clinical benefits of emotional freedom techniques (EFT) on improving self-rated PTSD symptomatology in adults with established PTSD. Furthermore, the guideline economic analysis suggests that combined somatic and cognitive therapies (which include EFT and thought field therapy, TFT) are cost-effective, with larger effect sizes observed in the pairwise meta-analysis for EFT than TFT. However, there is very limited evidence for outcomes other than self-rated PTSD symptomatology, and limited follow-up data. The generalisability of EFT is also unclear as the eligible evidence is restricted to military veteran populations. In summary, more evidence is needed about other outcomes (crucially clinician-rated PTSD symptomatology as this outcome can be blinded), the use of EFT for non-combat-related trauma, and the durability of clinical benefits.